Nanoscale heat transport through the hetero-interface of SrRuO3 thin films 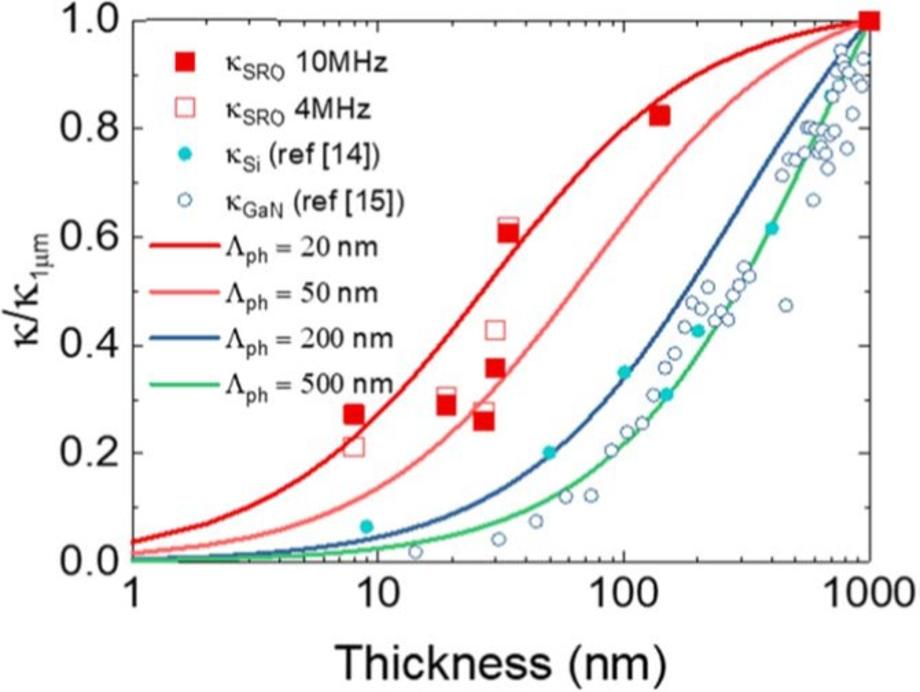 A SrRuO3 thin film has been widely used as a metal electrode in electronic devices based on transition metal oxides, and hence it is important to understand its thermal transport properties to minimize a thermal degradation problem during the device operation. Using the time-domain thermoreflectance measurement technique, we investigate the cross-plane thermal conductivity of the SrRuO3 thin films with a thickness variation from 1 μm to 8 nm. We find that the thermal conductivity is reduced from about 6 W m−1 K−1 for the 1 μm thick film to about 1.2 W m−1 K−1 for the 8 nm thick film, and attribute this behavior to the boundary scattering of thermal carriers which originally have the mean free path of about 20 nm in a bulk state. Also, we observe a clear dip behavior of the thermal conductivity in the intermediate thickness around 30 nm which suggests an existence of a strong scattering source other than the film boundary. We explain this result by considering an additional interfacial scattering at the tetragonalorthorhombic phase boundary which is formed during the strain relaxation with an increase of the film thickness.