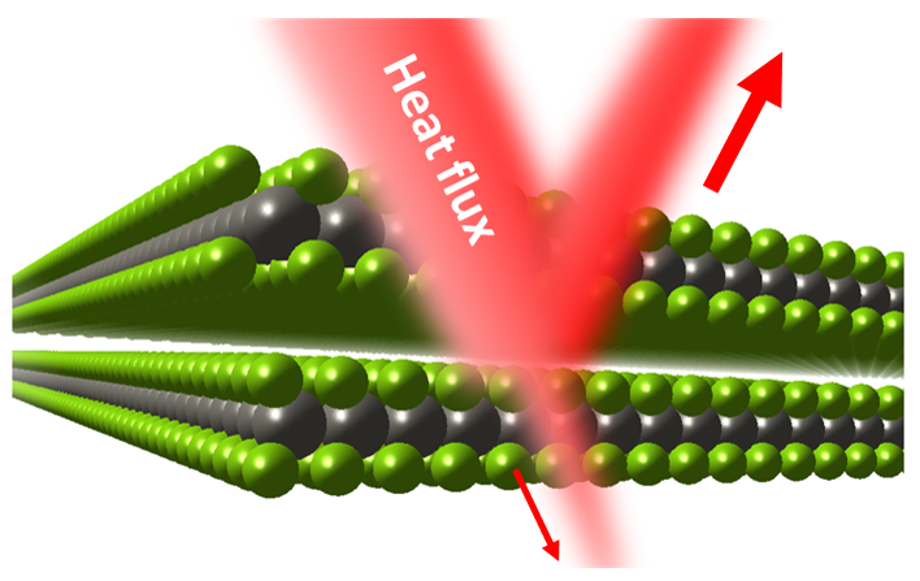 In nano-device applications using two-dimensional (2D) van der Waals materials, a heat dissipation through nano-scale interfaces can be a critical issue for optimizing device performances. By using a time-domain thermoreflectance measurement technique, we examine a cross-plane thermal transport through mono-layered (n = 1) and bi-layered (n = 2) WSe2 flakes which are sandwiched by top metal layers of Al, Au, and Ti and the bottom Al2O3 substrate. In these nanoscale structures with hetero- and homo-junctions, we observe that the thermal boundary resistance (TBR) is significantly enhanced as the number of WSe2 layers increases. In particular, as the metal is changed from Al, to Au, and to Ti, we find an interesting trend of TBR depending on the WSe2 thickness; when referenced to TBR for a system without WSe2, TBR for n = 1 decreases, but that for n = 2 increases. This result clearly demonstrates that the stronger bonding for Ti leads to a better thermal conduction between the metal and the WSe2 layer, but in return gives rise to a large mismatch in the phonon density of states between the first and second WSe2 layers so that the WSe2-WSe2interface becomes a major thermal resistance for n = 2. By using photoemission spectroscopy and optical second harmonic generation technique, we confirm that the metallization induces a change in the valence state of W-ions, and also recovers a non-centrosymmetry for the bi-layered WSe2.