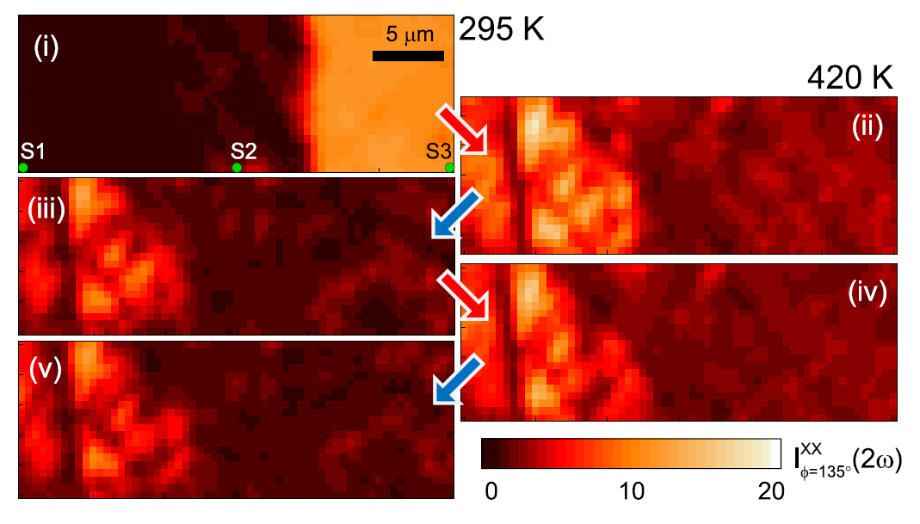 We investigate temperature-dependent evolutions of ferroelectric domain distributions in a strained
BiFeO3 thin film by using an optical second harmonic generation (SHG) technique. At room temperature,
the azimuth-dependent SHG intensity has two maximal lobes at 45 and 225 degrees which reflect
the MC crystallographic phase. As the temperature increases up to above 400 K, we observed clear
signatures of the MC-MA phase transition; the SHG intensity exhibits an abrupt change, and the
maximal SHG intensity appears at different azimuth angles being rotated by 90 or -90 degrees depending
on the sample position. From the areal mapping of the SHG intensity with a diffraction-limited
spatial resolution, we found that the domain distribution undergoes a large change across the phase
transition in the first heating run, but afterwards, it remains almost the same upon the successive
phase transitions in both cooling and heating runs. We discuss such random or deterministic selection
of the polarization directions of ferroelectric domains in terms of Kittel’s law and the free
energy landscape in each phase.