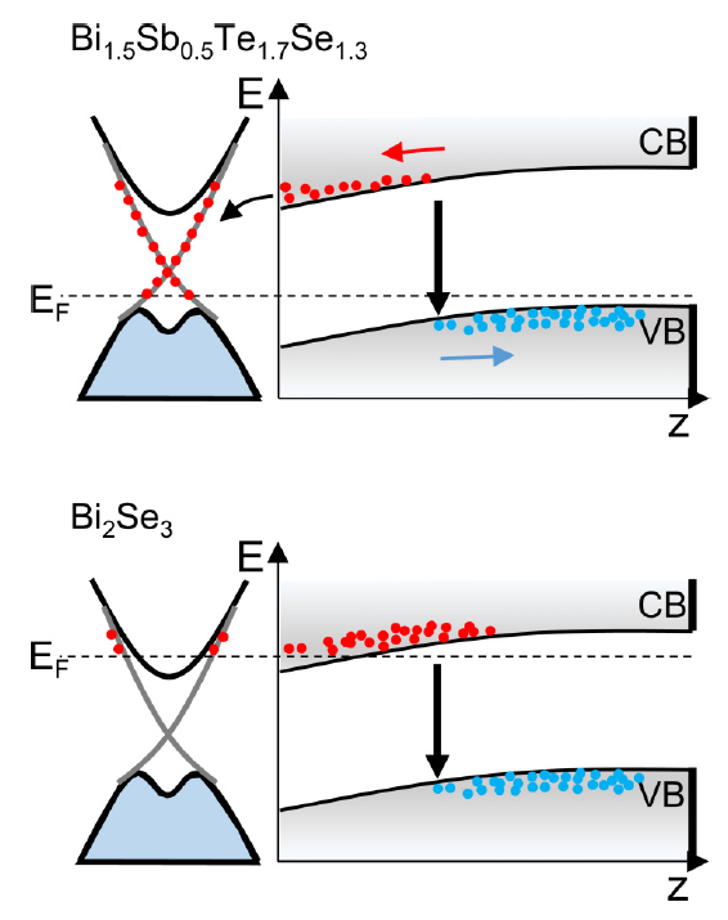 Using optical-pump terahertz-probe spectroscopy, we investigated an ultrafast photocarrier relaxation behavior
in a Bi1.5Sb0.5Te1.7Se1.3 (BSTS) single crystal, which is one of the most bulk-insulating topological insulators.
Compared to n-type bulk-metallic Bi2Se3, we found that BSTS endows distinct behaviors in its photocarrier
dynamics; the relaxation time turns out to be an order ofmagnitude longer, and the transient conductance spectrum
exhibits a nonlinear increase as a function of the pumping power. Also, we observed an abrupt reduction of the
photocarrier scattering rate in several picoseconds after the initial photoexcitation. We discuss these intriguing
experimental observations based on a bulk-to-surface carrier injection assisted by the built-in electric field near
the surface and electron-phonon scattering.