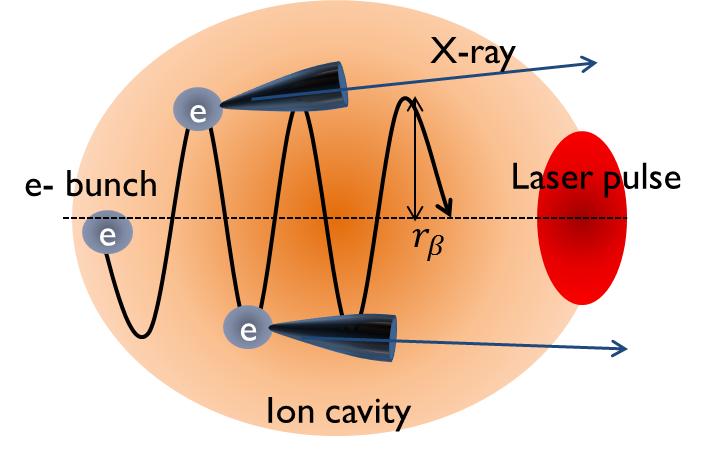 When an accelerated electron beam collides into a metal foil, it produces coherent THz radiation.

When a charged particle beam hit a metal foil, transition radiation will be generated in an angle inverse proportional to Lorentz factor of the beam.
If a length of the beam is shorter than the wavelength of the radiation, the radiation becomes coherent. Accelerated electron beams from laser wakefield accelerators have a length of few micrometers and it is much smaller than typical transition radiation spectrum of THz regime(~0.1mm), so the radiation should be coherent. Now we are studying about this topic with particle-in-cell (PIC) simulations and we will do some experiment soon. 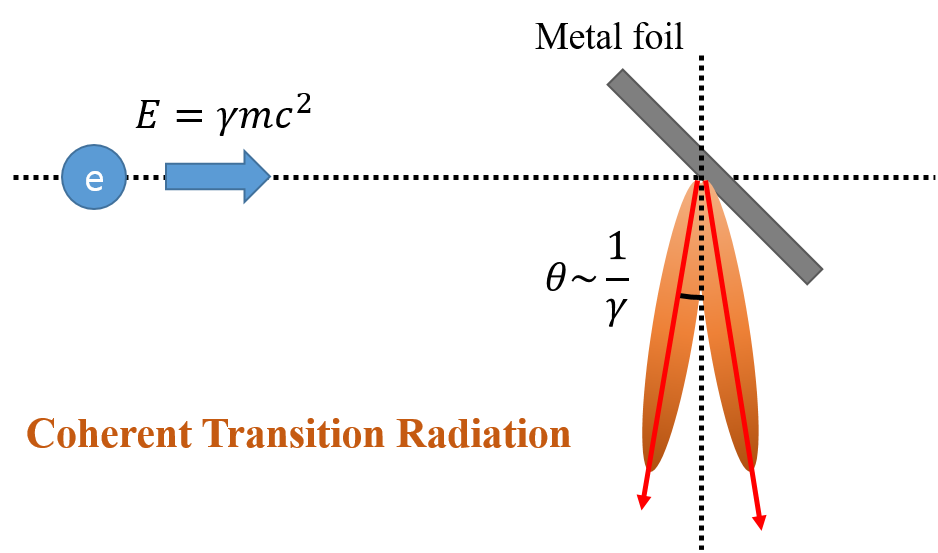